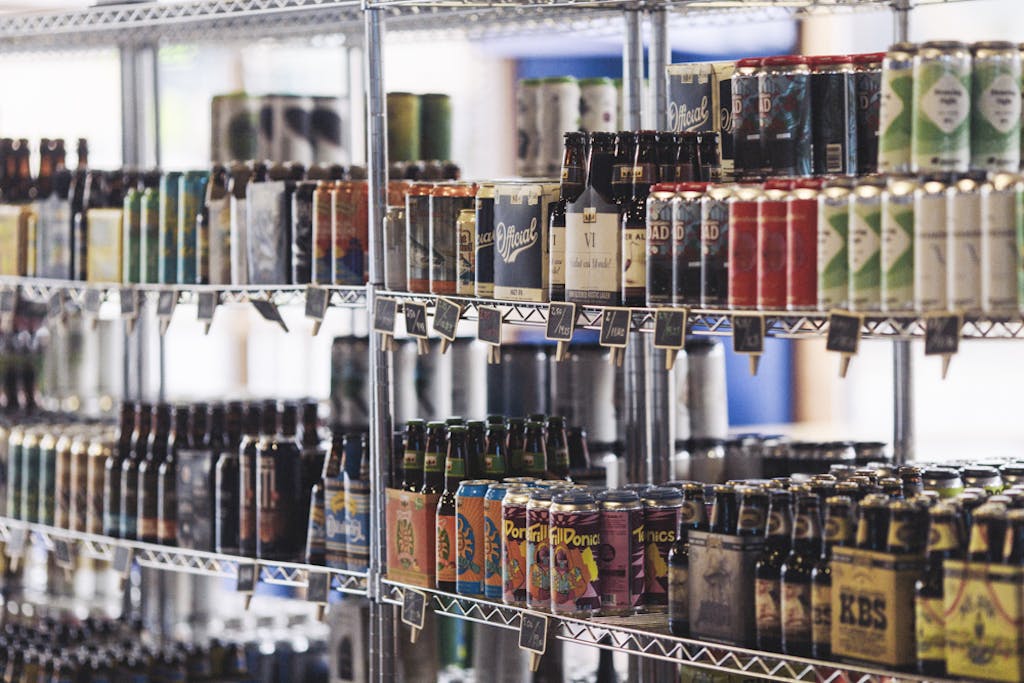 Hendersonville has its share of tap rooms, pubs, and breweries but no beer hall …until now.

The corner of Third Avenue East and King Street, once the home of Sycamore Cycles, will become the Blue Door Bottleshop & Beer Hall. John Schutz and A.J. Speaker are co-owners of the business venture which will offer a combination of beer on tap and beer to go in a Bavarian-style atmosphere. The idea is for the customer to drop in, enjoy one of 20 beers on tap and walk out with a six-pack or more of cold bottled or canned beer from an inventory of some 300 different brands.
Speaker said Schutz is the inspiration side of the project having worked at a similar bottle shop in Hickory

“I have lived in the area for more than two years,” said Speaker who pulled some ideas from similar beer halls he visited on the West Coast. “The planning for the Blue Door has been five years in the works.” Speaker and Schutz have known each other since their early days in Chicago and both attended the University of Kentucky.

The Sycamore Cycles open floor plan will stay much the same.

“The glass door beer coolers will be set against the wall and stocked in order of light to dark or say a pilsner to a lager to a stout,” said Schutz. Beer drinkers will sit at “Oktoberfest tables” and Bavarian flags on the walls around the room to add a genuine year-round German beer hall look. The bar will have large flat-screen TVs for sports-minded patrons.

The bottleshop end of the business will offer hard-to-find beer and there will always be one true German beer on tap at the bar. No kitchen food will be served but there will be beer snacks and like many other local breweries, patrons may bring in their own food.