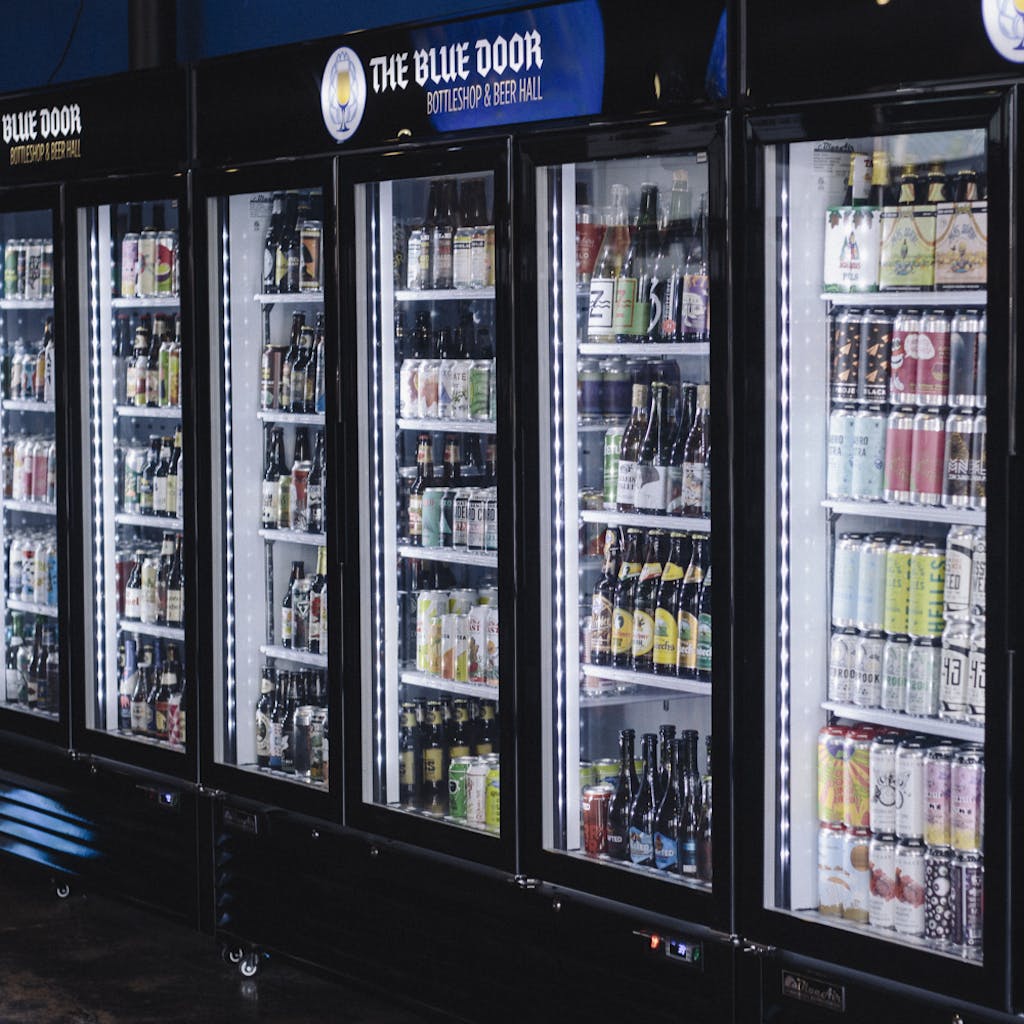 A bottle shop offering a wide selection of craft drinks is coming to downtown Hendersonville next month.

The Blue Door Bottleshop and Beer Hall is set to open next month at 146 Third Ave. E. in the former Sycamore Cycles location.

The business is owned by longtime friends John Schutz and A.J. Speaker, who have known each other since their junior year of high school in Chicago. Both are graduates of the University of Kentucky.

The two talked about owning a bottle shop for several years. They also wanted the Sycamore Cycles space. When the bike shop relocated to Locust Street, they saw their opportunity.

“I think the craft beer movement is different in the sense that it’s built on community and it’s built on authenticity more than anything else,” said Schutz. “I think that’s something we want to do here.”

“With this area growing more into the craft beer scene, this place made the perfect sense,” said Speaker.

The pair is still working on the inside of the space. A full bar with 20 taps has already been built for those who want to stay and have a beer. The bottle shop will also feature four three-door coolers, allowing patrons to build their own six-pack.

The bottle shop will sell a wide range of craft beverages, including wines, ciders, meads and sakes, as well as beers of all varieties. Schutz said they will focus on North Carolina beverages, but will also sell items from across the country and world.

“Any place that distributes here, if it’s got great beer, we’re going to get it,” said Schutz.